As a Massachusetts native, I take pride in knowing that many Christmas traditions started in my own backyard. That quintessentially New England Christmas, with its sleigh bells ringing and caroling out in the snow, is captured in movies and songs and other imagery of the season. Other New England states have their own claims to fame. Connecticut can claim the first known example of indoor Christmas tree in America, for example. But Massachusetts has contributed more than its share to the season. Here are four Christmas traditions that started in Massachusetts.

Brockton is home to the first department store Santa

I covered department store Santas in episode 14 of the podcast. I discussed how in 1890, James Edgar, owner of Edgar’s Department Store in Brockton dressed as Santa Claus to entertain the children of shoppers. As word spread, shoppers came from far and wide to see what all the fuss was about. Department stores at Christmas would never be the same.

We take the in-store Santa Claus for granted nowadays. But in 1890, the idea of actually meeting and talking to Santa was new, and serves as an important step in the evolution of the Santa legend.

Wayland is home to It Came Upon The Midnight Clear

The smallish town of Wayland, hometown of Aerosmith frontman Steven Tyler and site of one of America’s first public libraries, has another, more festive, claim to fame. In 1849, Unitarian minister Edmund Sears penned It Came Upon the Midnight Clear here. It first appeared as a poem in The Christian Register.

Sears wrote the poem during a period of personal despair, and some of the words take a bleak tone, like this couplet:

The poem has been set to two different existing melodies. It is unknown which melody was used for the first public performance.

Medford is home to Jingle Bells (unless it isn’t)

It’s hard to imagine a jolly little jingle like Jingle Bells as the source of controversy. But Medford, Massachusetts and Savannah Georgia each claim to be the birthplace of the song. Nobody disputes who wrote the song. It was James Pierpont, whose nephew was none other than J.P. Morgan. The question is: where was James was living at the time of its publication? 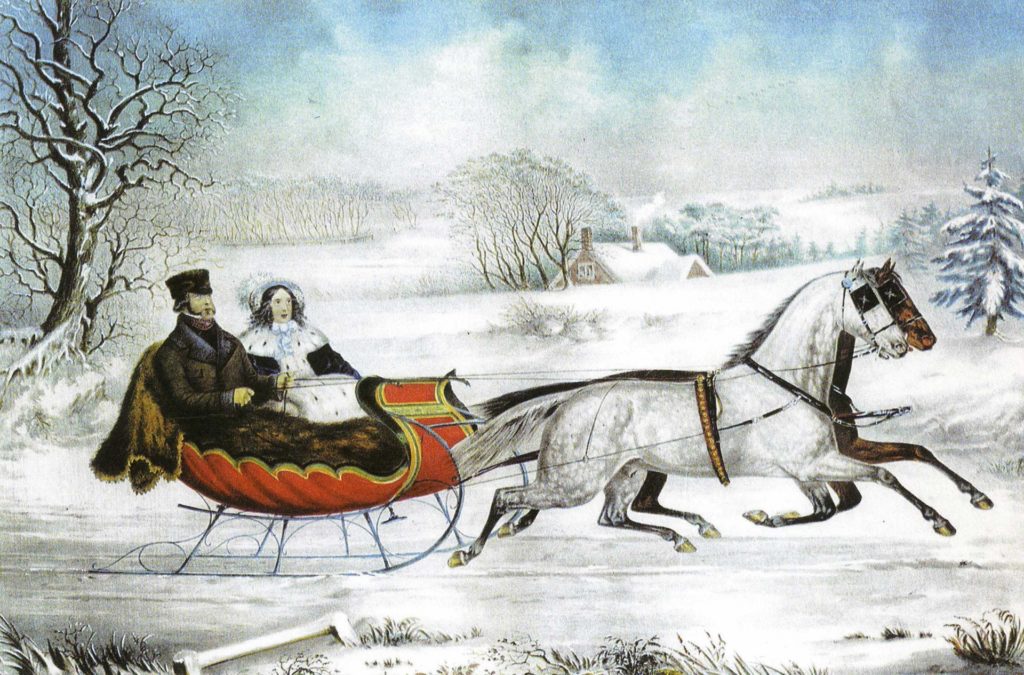 Legend has it that James went to a local tavern to write the song because it was home to the only piano in town. But another legend says that he penned the tune out of homesickness while living in Georgia and working as the music director for a church. To this day, both Medford and Savannah insist they’re the true home to the song, which was first published under the title A One Horse Open Sleigh, before being renamed when it was re-published two years later.

Fun fact: On December 16, 1965, two Gemini 6 astronauts played Jingle Bells using a smuggled harmonica and sleigh bells as a prank on Mission Control. That makes it the first song ever broadcast from space!

Roxbury is home to the first American Christmas card maker 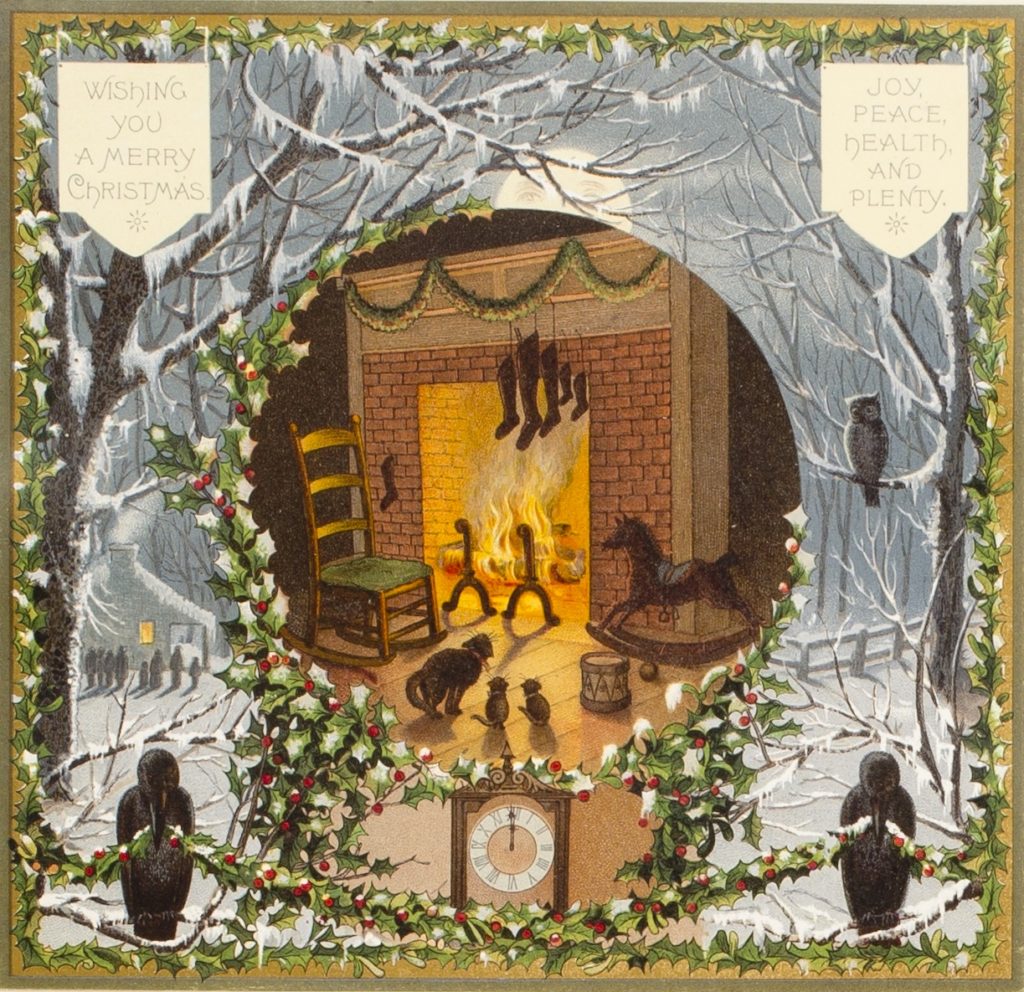 Just a few years later, his business was printing over five million a year. Prang would hire well known artists to create designs for his cards, which became part of their selling point. It’s even been said that, through his Christmas cards, Louis Prang introduced fine art to the average person who, in 1875 had probably never spent much time in an art museum.

What other Christmas traditions started in Massachusetts?

Know of any other familiar traditions that Massachusetts can claim? Contact me to let me know. They may appear in a future post on Christmas Past!